« back to scientific council 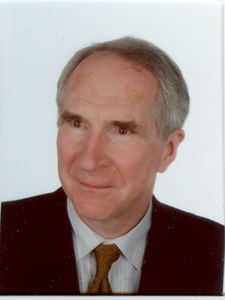 Professor Zbigniew Zagórski – in years 1968-1980 was working in Ophthalmology Clinic in Lublin directed by professor Tadeusz Krwawicz. In this time, despite the I and II specialization levels (1972), he obtained a Doctor of Medicine degree (1974) and Ph.D. assistant professor degree (1979). He was a scholar in multiple centres abroad, including the Department of Ghent University under the guidance of professor Jules François (1974-1975) and the University Clinic in Erlangen, under the guidance of professor Gottfried Naumann (1985-1986, 1991, 2002). His major clinical interest are corneal and surface of eye diseases, glaucoma surgery, and anterior segment of the eyeball and eye pathology. His major achievements in basic research embrace demonstration for the first time the ability of human corneal endothelial cells for replication and determination of factors affecting it, showing the impact of oxygen concentration on the cells proliferation of the cornea and a contribution to explain the pathogenesis of epithelial invasion.

Professor Zagórski in years 1993-2011 organized together with his coworkers several tens courses and conferences with participation of noble lecturers form Poland and abroad, including the European Corneal Conference in 1995 and the European Eye Pathology Conference in 2002.

In 1998 he established in Nałęczów the Eye Surgery Center, in 2002 found in the ranking of the Rzeczpospolita Newspaper to be the best non-public hospital in Poland. Currently, similar centers operate in Rzeszow, Krakow and in Lutsk, Ukraine. He is an author or a co-author of more than 200 publications and an editor and a co-author of five books.

« back to scientific council

Go to the barometer WHC

Ranking of absurdities and mistakes in health care system